Side note: presentation was made using https://pypi.python.org/pypi/presentty

I was a technical mentor for this event, which was 3 rounds of 10 minutes each, where mentees asked questions about OpenStack. I met about 10 men and women using OpenStack and we talked about a wide range of topics, including:

This started off a little slow, but Mark made some good points. He emphasized:

Next was a live demo of deploying OpenStack on Kubernetes via MAAS and Juju. He deployed version 1.5.x of the following Kubernetes components using MAAS/Juju:

He demonstrated upgrading the Kubernetes installation to 1.6.x using set channel=n.n. in Juju. While upgrading, he also did a topology expansion, and Juju did rolling upgrades of Kubernetes while adding nodes, without interrupting services.

When One Cloud is Not Enough: An Overview of Sites, Regions, Edges, Distributed Clouds, and More 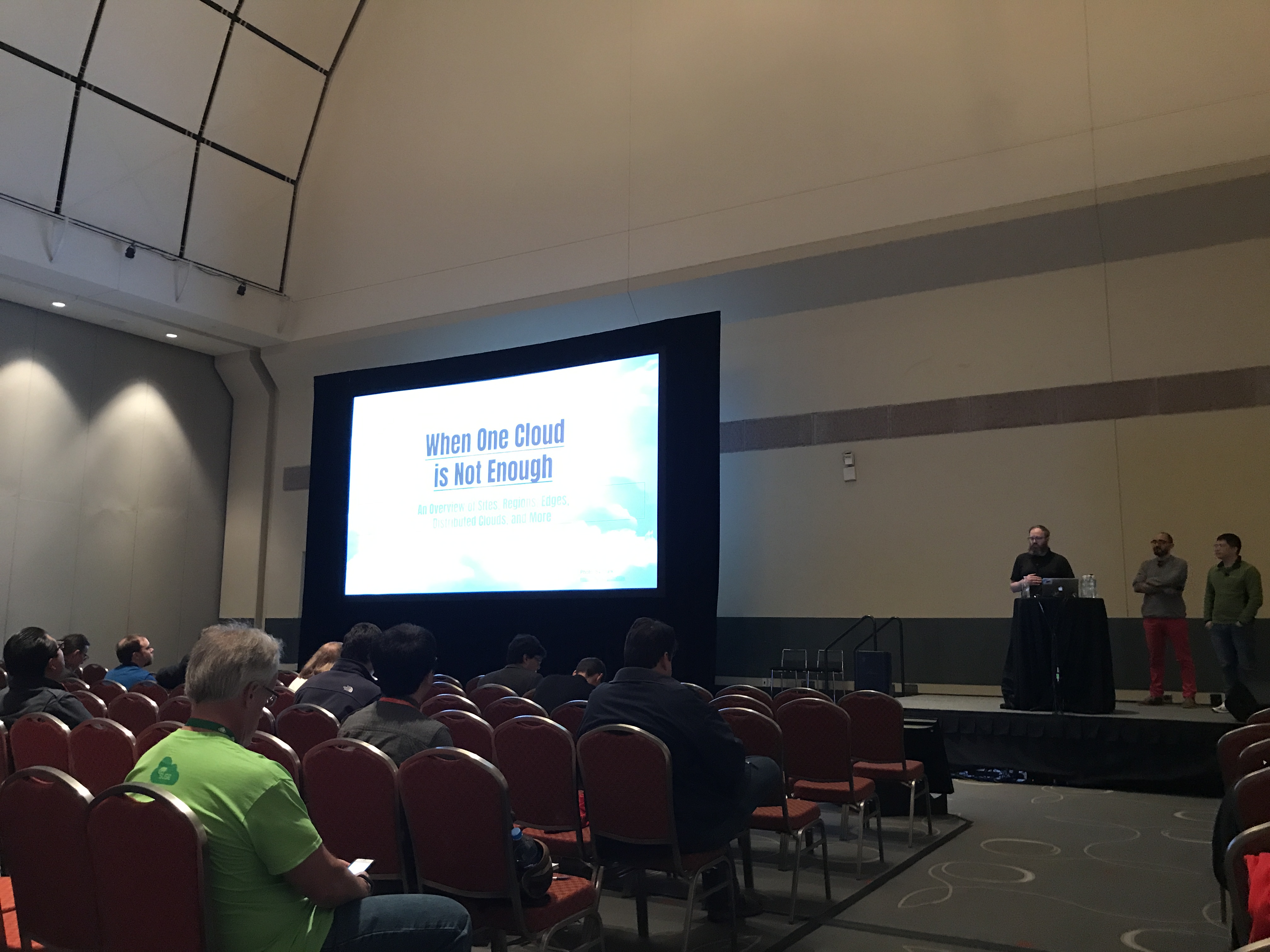 Primary Keystone with Async Replication to other Regions model:

This talk discussed the benefits of a microservice architecture, as well as new challenges like: 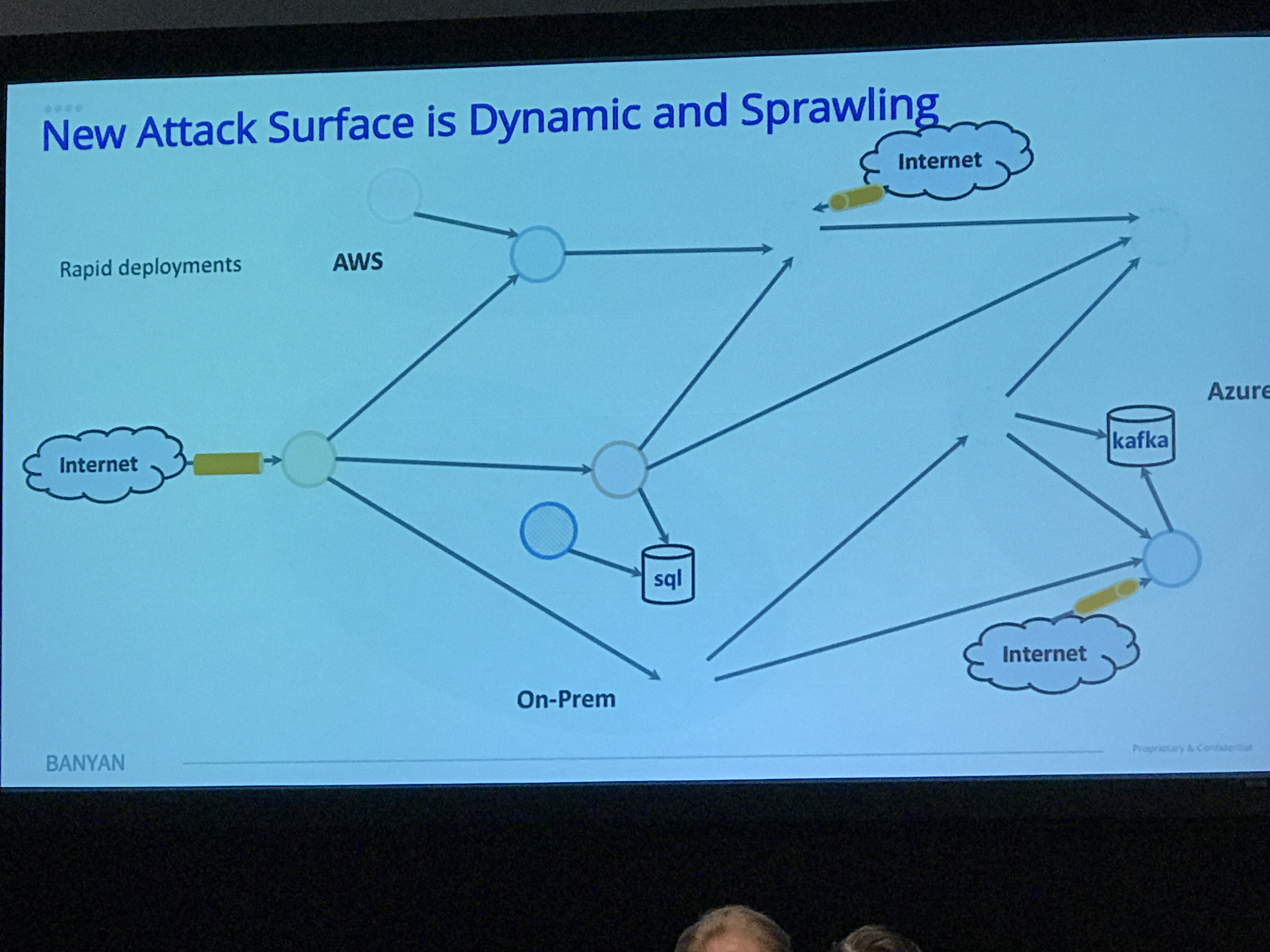 Requirements for a solution to these issues must be:

OpenStack tools for this:

Banyan asserts that these are all primitives and are not complete.

Side by side tools and options:

What Banyan is proposing: 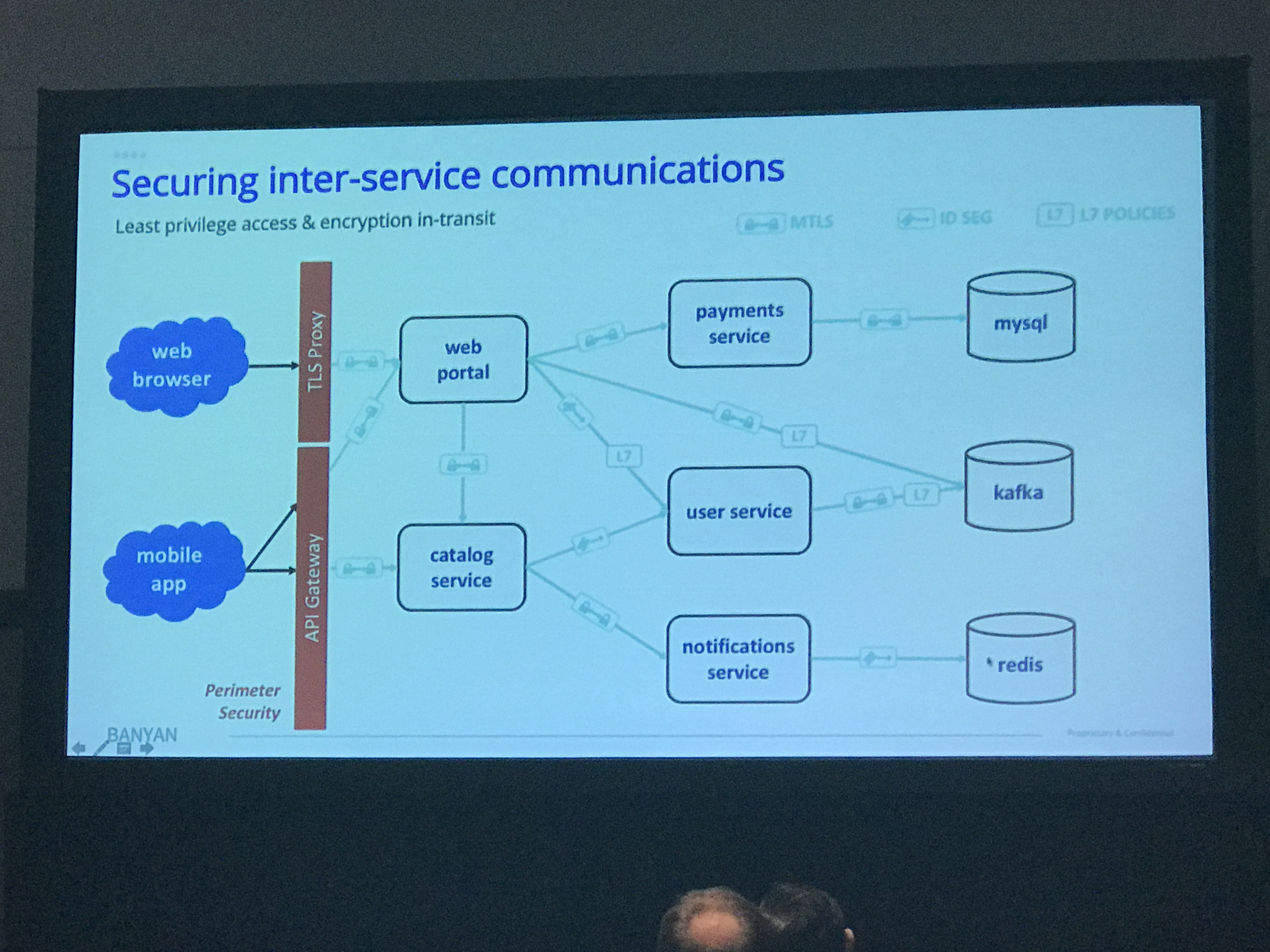 This was followed by a demo with an app running over this architecture.

As CellsV2 is required in Ocata and multicell-capable in Pike, a coordination session between the developers and operators would be beneficial. Ideally we would come out of the session with a few operators that are interested in helping forge ahead with CellsV2 to identify pain points and integration issues early. All participants can expect to come away with a better understanding of CellsV2 in general, as well as a better understanding of how it affects all users of Nova going forward.

Etherpad from this session is here: https://etherpad.openstack.org/p/BOS-forum-cellsv2-developer-community-coordination

Building and Operating an OpenStack Cloud with a Small Team

ScaleUp is a small group, based in Germany. Their OpenStack team was two people until late 2016, when a third person joined. The have four datacenters in Germany, two in Hamburg, and two in Berlin. They run vanilla OpenStack on Ubuntu.

They talked about focusing on HA from the beginning, due to the small staff.

Their infra included (at the start):

How does this work with a small team?

What do you do when all hell breaks loose?

What about block storage?

For monitoring, they use mongo DB, hosted in OpenStack, and they plan to move to Ceilometer and Gnocchi 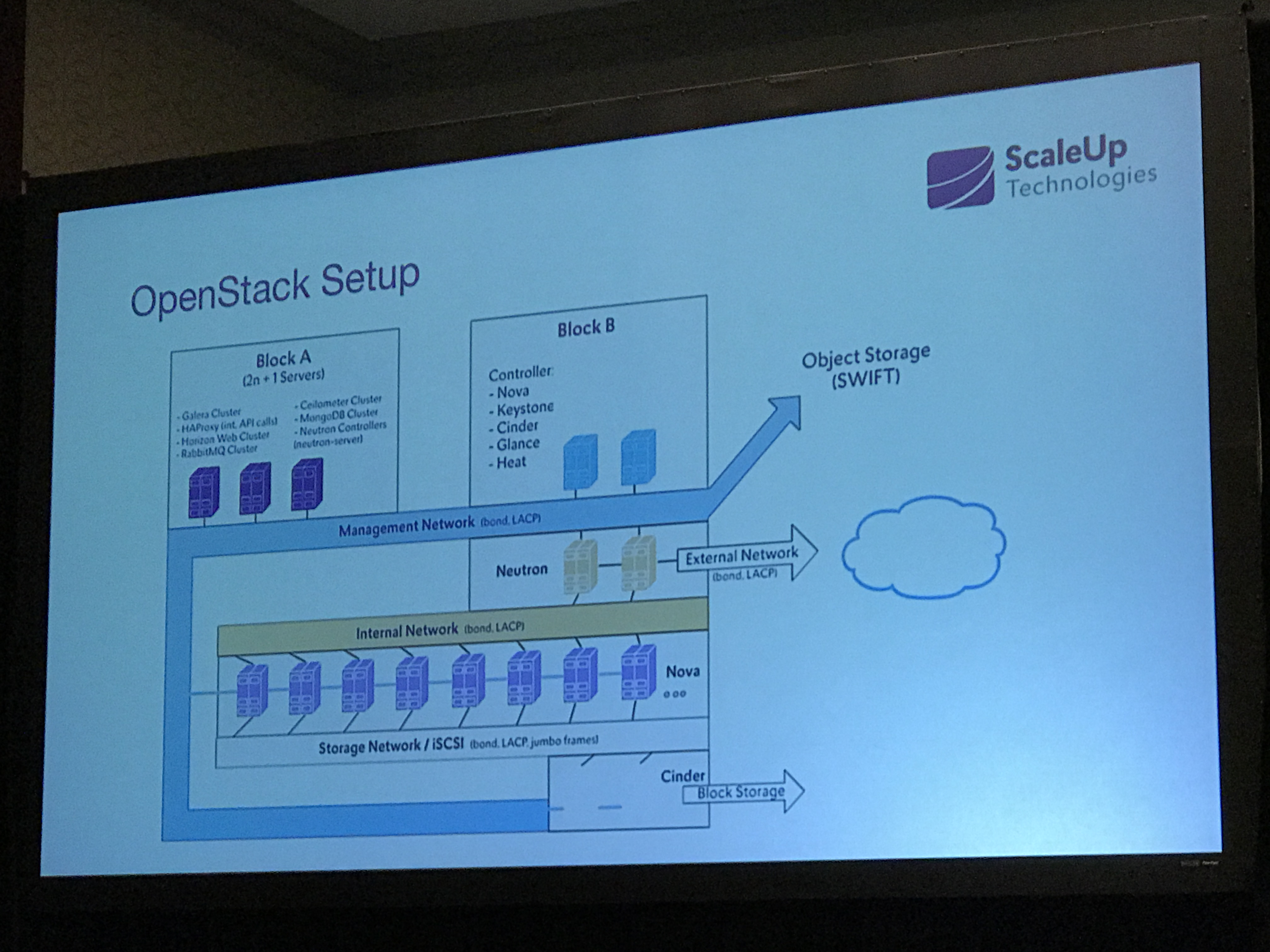 They suggested doing things the hard way, rather than using installers or automating yourself, because you learn more, and that is valuable. In closing, they wanted to tell small companies "you can do this".